Type of Company for International Trade and Investment

Submission to the Commercial Register of the following documentation:

Unless suitably licensed a company incorporated in Switzerland cannot undertake the business of banking, insurance, assurance, reinsurance, fund management, collective investment schemes or any other activity that would suggest an association with the banking or finance industries.

A company incorporated in Switzerland has the same powers as a natural person.

Swiss official languages and English in a few Cantons, but foreign language translations can be obtained.

Owing to the costs associated with incorporation and the paid up share capital requirements, shelf companies are rare.

Subject to the proposed name being approved by the Commercial Register, and the criteria for incorporation being strictly adhered to, a company can be established in ten working days.

The name of a body corporate may use any language using the Latin alphabet.

This type of limited company has a minimum authorised share capital of CHF 100,000, of which all of it has, in practice, to be issued and fully paid up. A capital duty paying from 0.4% to 8% applies (depending on the cantons of domicile).

The Cantons have preserved many of the rights they held as sovereign political bodies. Nevertheless, the constitution delegates considerable authority to the Federal Government, including the power to conclude treaties and alliances, to levy taxes and to regulate foreign trade. However, each Canton has its own taxation. There are many Cantons with favourable taxation levels and some Cantons with higher unemployment rates or small populations (mountain regions) have particularly low levels of taxation.

Companies are required to keep financial records. Although there is no requirement to file Financial Statements at the Registry, they must be presented to the Shareholders and filed with the Tax Authorities.

Minimum of one who must be resident in Switzerland. Corporate directors are not permitted.

There is no requirement under Swiss Law for a company secretary to be appointed.

On incorporation the minimum number of shareholders is one.

Further information on these alternative structures are available on request. 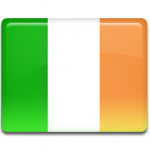