Samoa, which comprises two large islands and seven smaller isles, is situated in the centre of the Southern Pacific Ocean, approximately equidistant between Honolulu and Sydney and immediately east of the International Date Line. The Islands have a total land area of approximately 2,831 sq km. Five of the islands are uninhabited. The administrative and commercial centre is situated in its capital, Apia. The name Samoa means “Sacred centre of the Universe”.The population of the Islands is approximately 180,000. Ninety per cent of Samoans are indigenous Polynesians. The balance of the population is part Samoan and part Chinese or of European extraction.

The economy relies heavily on agriculture, with cash crops, notably coconut, grown for export. It is therefore vulnerable to natural hazards, such as cyclones and crop diseases. Samoa has embarked on structural reforms and the government has encouraging diversification to reduce reliance on the agricultural sector and pursuing a program of privatization. These policies have led to enhanced growth, fisheries were developed, new manufacturing enterprises emerged and an offshore financial sector launched. Tourist numbers increase steadily.

Samoa was the first South Pacific Island to achieve independence on 1st January 1962. Its Constitution provides for a Parliamentary Government, which combines the traditional Samoan social structure and a democratic voting system. There is a forty-seven member Legislative Assembly which consists of forty-five Matai title holders (the heads of each extended family) who are elected by their peers and two non-Samoan residents who are registered on the Universal Voters’ Roll. Parliamentary elections are held every three years.

The first Superior Court of Samoa possesses and exercises all the jurisdiction, power and authority necessary to administer the laws of Samoa.

The Court of Appeal of Samoa hears appeals on any judgment, decree or orders of the Supreme Court in either its civil or criminal jurisdiction.

The Samoan Polynesian language is dominant but English is widely spoken and is taught in all schools. Samoa has a literacy rate of 97%.

There are no Foreign Exchange controls.

Based on English Common Law.

Type of company for international Trade and Investment

Companies incorporated under the International Companies Act of 1987, as amended.

By submission of the company’s Memorandum and Articles of Association and registration fee to the Registrar of International and Foreign Companies.

An International Company cannot trade with Samoans or own local real estate. An International Company cannot undertake the business of banking, insurance, assurance, reinsurance, fund management, the management of collective investment schemes, trust management, trusteeship or any other activity that may suggest an association with the bank or insurance industries without obtaining the appropriate licence.

An International Company has all the powers of a natural person.

The corporate documents of an International Company may be in any language.

Yes, must be maintained in Samoa at the address of a licensed trust and management company.

One day, although, subject to the time zone of the applicant, companies can be incorporated yesterday! Allow five days for delivery.

Names may be expressed in any language. The Registrar may request an English translation to satisfy him that the proposed name is not a restricted or licensable name.

The name of an IBC must end in one of the following: Ltd, Corp, Inc, SA, NV or GmbH.

Registered shares of par or no par value, preference shares, redeemable shares, shares with no voting rights and discounted shares.

Companies incorporated under the International Companies Act of 1987 are not liable to pay any income or corporation tax.

An International Company pays an annual licence fee of US$300, unless at the time of incorporation, it elects to pay a licence fee to cover the following periods:

No requirement under the International Companies Act of 1987 to file accounts. A company is required to keep financial records, which reflect the financial position of the company.

The minimum number of directors required for an international company is one. The directors may be natural persons or bodies corporate, be of any nationality and need not be resident in Samoa.

The minimum number of shareholders is one unless a specific type of debenture is outstanding in which case it is permitted to have no shareholders. Details do not appear on the public register. 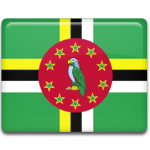