The Republic of Panama has a land mass of approximately 75,420 sq km, is located between Costa Rica and Colombia,

forms the narrowest and lowest portion of the isthmus that links North and South America. It is best known for the Panama

Canal which joins the Caribbean Sea to the North Pacific Ocean and connects Central America to South America.

The population of Panama is approximately 3.4 million, about 52% of which reside in Panama City, consisting of mainly the

Mestizos (70%) and a mix of West Indians, Caucasians and Indians. The dominant religion is Roman Catholicism.

Panama was a Spanish colony until 1821. In 1903, Panama broke an alliance with Colombia and became an independent

Canal. This Free Trade Zone is the second largest in the world after Hong Kong. Operations and transactions taking place in

other countries are exempted from any import or export taxes imposed by Panama. Income earned from re-exports is taxed

at specially reduced rates. Panama has the world’s largest shipping registry and a well-established Banking centre.

2014-15 at a cost of US$5.3 billion. The project will more than double the Canal’s present capacity enabling it to

accommodate the modern super tankers that are becoming too large to transverse the existing transoceanic crossway.

Without the expansion, it was anticipated that the Panama Canal would be forced to turn away approximately 37 per cent of

the world’s container ships by 2011. Other areas of economic activity are in agriculture, manufacturing, construction,

Spanish is the official and spoken language. English is also spoken widely in urban areas and is used daily in commerce and

Based on Spanish Civil Law; with many Common Law influences, particularly regarding Company Law.

Type of Company for International Trade and Investment

Generally, corporations are incorporated under the Corporation Statute Law 32 of the 1927 Commercial Code. Limited

management, investment funds, collective investment schemes or any other activity that would suggest an association with

The language is Spanish and certified English translations.

Yes, must be maintained in Panama at the address of the Registered Agent.

A name that is similar to or identical to an existing company. Names of well known companies incorporated elsewhere or a

Names may be expressed in any language using the Latin alphabet. The Registrar may request a Spanish or English

Names Requiring Consent or a License

All Panamanian corporations must end with the suffix Corporation, Incorporated, Sociedad Anónima or the abbreviations

Corp, Inc or SA. They may not utilise the suffix Limited or Ltd.

voting shares of no par value; the capital may be expressed in any convertible currency. The minimum issued capital is either

must be fully paid when issued. The registered agent must keep the bearer shares certificate in safe custody and must notify

the Registrar that the shares have been issued;

No corporation tax is levied on non-Panamanian sourced income.

Annual Franchise Tax of US$400 is payable.

Whilst there is no requirement to file audited accounts with the authorities, a company is required to keep financial records,

which reflect the financial position of a company

Both corporations and natural persons may act as directors and the minimum number of directors is three. They may be of

any nationality and need not be residents of Panama. Panamanian companies are also required to appoint a minimum of

three officers (president, secretary and treasurer) who may also be the directors.

any nationality and need not be a resident of Panama.

What is included in the basic package: 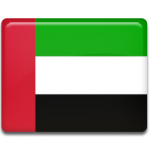 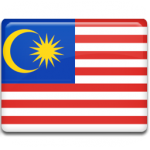