The Island of Labuan covers an area of approximately 92 sq km, and has an estimated population of 78,000. The largest town and financial centre is Labuan Town and the main language is Bahasam Melayu but English, Tamil and various Chinese dialects are widely spoken.

The Nation is economically strong and politically stable. Under the guidance of LOFSA (the Labuan Offshore Financial Services Authority) the Malaysian authorities have invested heavily into the improvement of Labuan’s physical infrastructure, which is completely modernised and provides a state of the art telecommunications system including an Internet Gateway which provides an e-commerce platform. More than 50 of the world’s top banks have branches in Labuan.

Labuan was ceded to the state of Sabah in 1963; subsequently its administration was handed to the Federal Government of Malaysia in 1984. Malaysia consists of thirteen states and two federal territories of Kuala Lumpur and Labuan. Malaysia has a complex political system with power retained in the hands of nine hereditary sultans, who elect a head of state every five years from among their number. Legislative power is in the hands of a bicameral parliament comprising of a House of Representatives (Dewan Rakyat) and a Senate (Dewan Negara), Executive power is held by the Prime Minister who governs with the assistance of a ministerial cabinet. Appointments are for a five year term.

The Official Language is Bahasa Malay. However, English is widely spoken and many documents and publications are available in English (including the Labuan offshore Legislation).

The Malaysian currency is the Ringgit (RM). Apart from certain exceptions, offshore companies in Labuan are required to carry on business in a foreign currency.

The Malaysian legal system is based on the English model. Special laws applicable to the offshore industry in Labuan have been enacted. Arbitration is permitted. Disputes are heard in camera. Final appeal lies with the Supreme Court.

The legislations launched in 2010 are set to enhance the competitiveness of Labuan IBFC in the offering of a wider range of financial products and services, conventional and Islamic, as well as continue to maintain the status of Labuan IBFC as a well regulated centre. The legislations will also ensure that the business transactions and practices in Labuan IBFC continue to be conducted in accordance with the internationally accepted standards and best practices.

Permitted trading of an offshore company:

Exceptions to carrying on business with residents of Malaysia:

A company incorporated in Labuan has the same powers as a natural person.

Names resembling the name of an existing company or names that in the opinion of the Registrar suggest Royal or government patronage. Names, which the Registrar considers undesirable, will be rejected.

Offshore companies are allowed to have names in a foreign language, provided they use the Latin alphabet.

Limited, Incorporated, Corporation, Sociètè Anonyme, Sociedad Anonima or their relevant abbreviation. If the Malaysian word Berhad is used then it must be preceded by “(L)” to denote that the company is incorporated in Labuan.

No. It is required to disclose the identities of directors and shareholders of Labuan companies to the Authorities for internal records, but not identities of beneficial owners.

The standard authorised capital is US$ 10,000; divided in to 10,000 shares of US$ 1. The minimum issued capital is one share, which may be fully or partly paid.

Offshore Companies that are trading pay 3% on net audited profits or the sum of RM 20,000 (where no audit is required) in Labuan. Non-Trading companies will be exempted from taxation.

The factor that determines the locality of profits from trading in goods and commodities is generally the place where the contracts for purchase and sale are effected. “Effected” does not only mean that the contracts are legally executed. It also covers the negotiation, conclusion and execution of the terms of the contracts.

If a business earns commission by securing buyers for products or by securing suppliers of products required by customers, the activity which gives rise to the commission income is the arrangement of the business to be transacted between the principals. The source of the income is the place where the activities of the commission agent are performed. If such activities are performed through an office in Hong Kong, the income has a source in Hong Kong.

As of May 2011, Malaysia has signed over 70 comprehensive double taxation treaty agreements (DTAs), making the DTA network the most extensive in the region. Labuan companies can now make an irrevocable election to be taxed under the Malaysian Income Tax Act 1967 (ITA), thereby enhancing access to all of Malaysia’s DTAs. A Labuan holding company which has a co-located office in Kuala Lumpur must make the election to be taxed under the ITA.

A set of accounting records must be kept in Labuan.

A trading company, which pays 3% of audited net profits, is required to appoint an auditor and file audited financial statements. However if trading companies which elect to pay tax of RM 20,000 p.a., which are not required to file financial statements. Such companies are exempt from appointing an auditor if they are not carried out licensed activities and the members of the company have resolved that no auditor be appointed.

There is a filing fee for “adoption of accounts” and if the accounts of the Labuan Company have been audited, and for the “lodgement of the said audited accounts”.

A non-trading company is not required to appoint an auditor nor file audited financial statements.

The minimum number of directors is one. Corporate directors are allowed. Directors may be of any nationality and need not be resident in Labuan or Malaysia.

A Labuan company must have a resident company secretary, who must be a Trust Officer of a trust company. 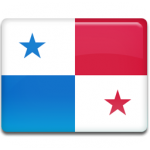