Geographically, Dominica is distinctive in many ways. The country has one of the most rugged landscapes in the Caribbean, covered by a largely unexploited, multi-layered rain forest. It is also among the earth’s most rain-drenched lands, and the water runoff forms cascading rivers and natural pools. The island is home to rare species of wildlife and is considered by many as a beautiful, unspoiled tropical preserve. According to a popular West Indian belief, Dominica is the only New World territory that Columbus would still recognize.

Dominica is the largest and most northerly of the Windward Islands. The island faces the Atlantic Ocean to the east and the Caribbean Sea to the west.

Oblong-shaped and slightly smaller than New York City, Dominica is 750 square kilometers in area, 47 kilometers in length, and 29 kilometers in width. Roseau, the nation’s capital and major port, is favorably situated on the sheltered, southwestern coast.

The population of Dominica is approximately 72,000. Descendants of African slaves comprised the overwhelming majority of the population. Aside from Caribs, an estimated 3% of the population, there were no other significant ethnic clusters. The ethnic, racial, and cultural composition of the society in the 1980s reflected Carib, French, British, and African influences.

Dominica ’s economy is vulnerable with less than 25 per cent of the country being under cultivation. Its location exposes it to tropical storms and hurricanes, which have caused severe damage to the crops making up the country’s economic base. The country is also vulnerable in its dependence on banana exports to the EU.

Since the 1980s, successive governments have therefore introduced measures to diversify the economy, encouraging a shift from traditional crops (such as sugar, coffee and cocoa) to new crops (such as citrus, melons, pineapples and mangoes), and developing export-oriented small industries (notably garments and electronics assembly), taking advantage of such preferences as the Caribbean Basin Initiative (CBI), which allows access to the US market. They have also encouraged development of tourism and especially eco-tourism.

The government also encouraged the development of an offshore financial-services sector, including company and bank registration and internet gambling.

Main imports are food and consumer goods, fuels, transport equipment, machinery and chemicals. Main trading partners for exports are Japan, the UK, Jamaica and the US, and for imports, Japan, the US, China, and Trinidad and Tobago.

The official and spoken language is English.

There are no Foreign Exchange controls, and the US dollar circulates freely throughout the economy.

Dominica’s legal system is based upon English Common Law, with local modifications.

Type of company for international Trade and Investment

An International Business Company has the full capacity of, and all rights, powers, and privileges of, a natural person.

The legislation and corporate documentation are in English.

Yes, must be maintained in Dominica at the address of a licensed management company or law firm.

Any name that has already been incorporated, or a name that is so similar as to cause confusion. Restricted names are ones that suggest the patronage of the Royal Family, the Government, a political party, a university, a professional association, or names that the Registrar may consider misleading or objectionable.

Any language or alphabet, but if not in English a translation is required.

Any name implying a relationship with the banking or insurance or company management industries- e.g bank, financial, trust and insurance.

The name of an IBC must end with a word, phrase or abbreviation which indicates Limited Liability. Examples are Ltd, Corp, Inc, SA, NV or GmbH.

Par value shares and shares with no par value or registered shares.

The law provides a minimum twenty (20) years Tax Exemption for offshore companies beginning from the day of incorporation.

Dominica is not party to any double tax treaties.

Government annual fees are US$405 payable on the anniversary of incorporation.

There is no requirement to file accounts with the authorities, but a company is required to keep financial records that reflect the financial position of the company.

The minimum number of directors is one. The directors may be natural persons or corporate bodies. They may be of any nationality and need not be resident in Dominica.

Not required, but normally appointed.

What is included in the basic package: 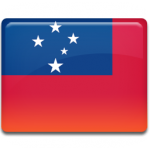